After Seiya knocked off her mask, her angelic beauty was revealed. As a female Saint, if a male sees her face, she must either kill him or fall in love with him. Shaina fell in love with Seiya, and often puts herself in danger for his sake. In the Saint Seiya: Knights of the Zodiac (Tencent) mobile game, Shaina is a very special A-class Saint. She has low-cost skills and very high SPD. This made her very potent for SPD-focused lineups. 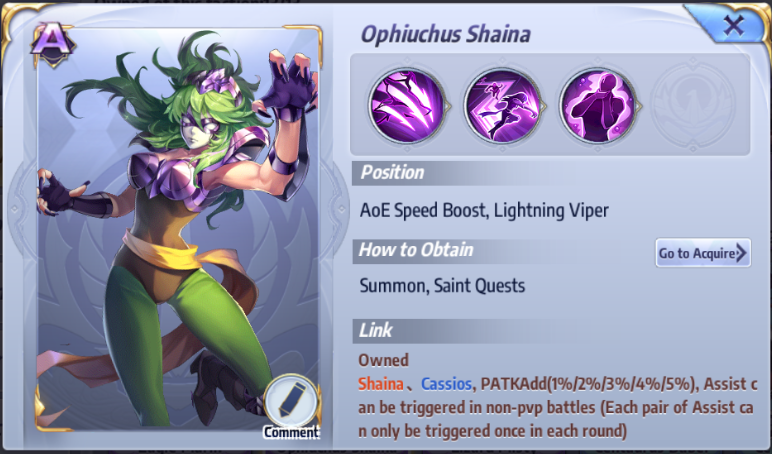 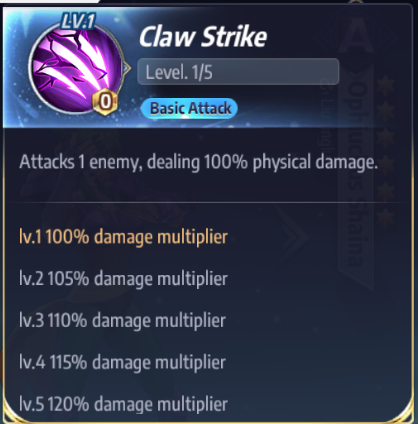 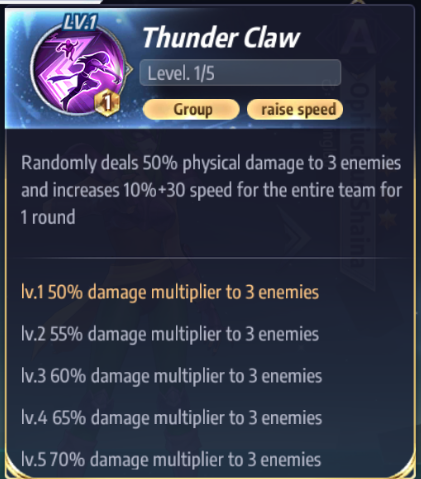 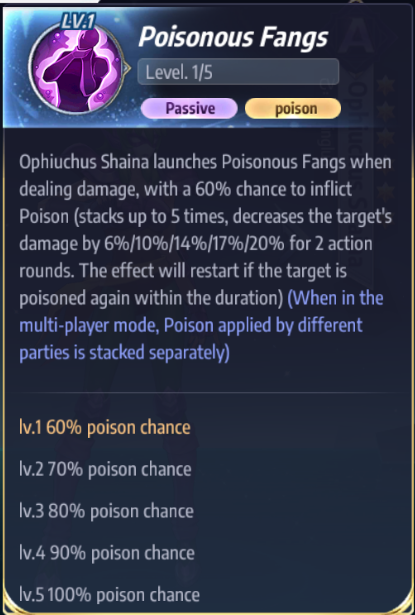 When dealing damage, Shaina has a 60% (70%/80%/90%/100%) chance to poison the enemy. Poison can stack up to five times, and reduces the target’s damage by 6% (10%/14%/17%/20%). If a target is afflicted by Poison, it disappears if the target takes 2 actions without having another stack of Poison applied to them. Applying a new stack refreshes the duration. (When teamed up with other players, poison is only counted for your own team).

Shaina’s skill damage multiplier isn’t great. Although she’s a physical attack Saint, the support she gives is much more valuable than her damage, and she is capable of raising the SPD of her entire team. Therefore Shaina must have high SPD. Besides, as her skills only cost 1 energy, she has a place in most SPD-focused lineups, and she is often seen together with Yuzuriha or Ichi. 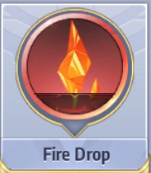 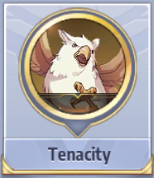 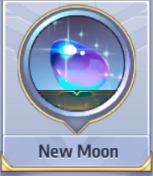 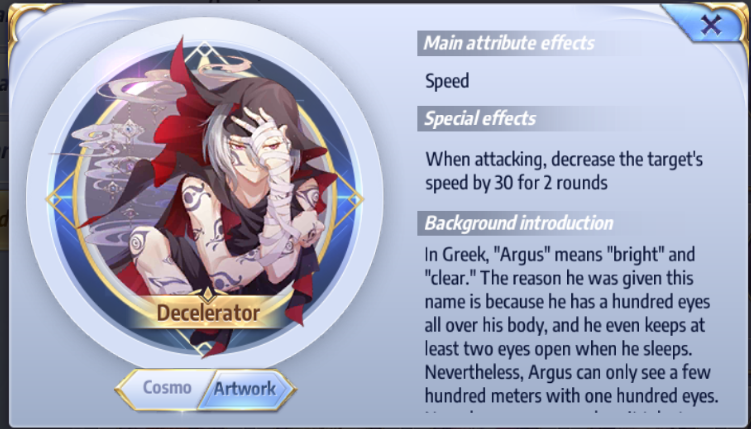 Decelerator + New Moon are vital to gain the upper hand when it comes to SPD. Here we use Fire Drop because the red set bonus grants 10% HP. In PvP, the added HP is more valuable than the P.DEF she would’ve gained from Physical Stone.

Luna is a wonderful companion to low-cost Saints as they can make good use of her extra moves without insane amounts of energy. Having Shaina act twice makes her able to apply an extra stack of poison, or she can increase her SPD two times in a row. If you understand the flow of the battle, it is easy to turn the tables with her.

When a teammate consumes energy to attack an enemy, Yuzuriha has a 78% to launch an attack herself, releasing a three-attack barrage at no cost. This triggers very often, and even if you’re really unlucky, she’s a good match. Shaina takes two actions, and every action has a chance to trigger Yuzuriha’s assist attack.

Geki is there because Luna consumes energy. Luna spends 1 energy, then Shaina attacks twice for another two energy, and then there’s 1 energy remaining. Geki is a low-cost character with a single-target damage multiplier of 160%. His crits also reduce the enemy’s energy by 1, providing both attack and defense! And in the latest version of the game, Ichi deals insane single-target damage against enemies with poison.

Shaina usually has two partners, Ichi and Yuzuriha. Whether she is paired up with one or both of them, Shaina should probably be your main target. When facing her and her SPD increasing abilities, you often have to wait for the entire enemy team to attack before you get a chance to attack, which puts you in an awkward position. Which is why Shaina should probably be focused down.