He wields the Shield of Medusa which turns those who gaze upon it into stone: a fate inescapable even if your eyes are closed. 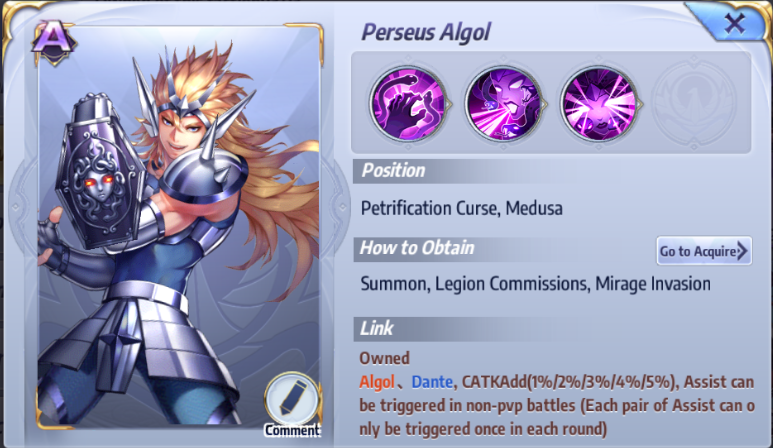 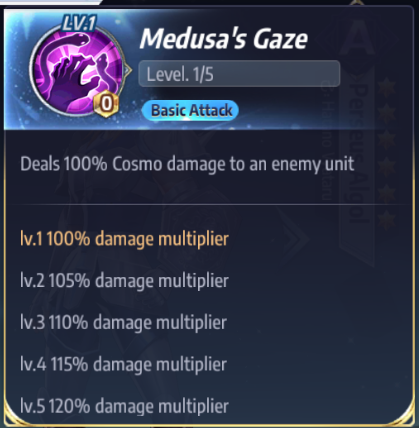 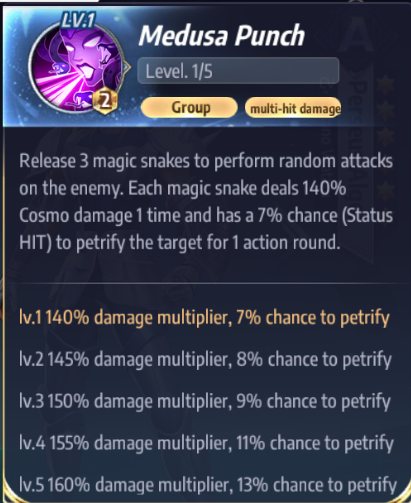 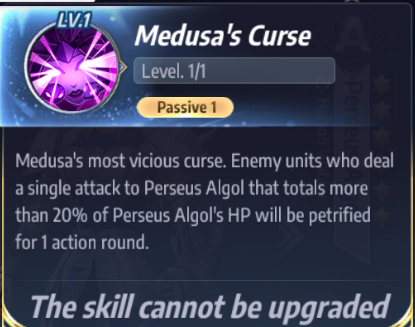 Algol’s most wicked curse. If the enemy deals damage equal to more than 30% of his HP, they are petrified for 1 round.

Looking at his skills, Algol is reliant on his passives to help him control the enemy, and is a half-support half-damage character. His awakening skill is very strong and is an AoE control attack. His passive is very potent as it makes him able to petrify an enemy for 1 round, just by being attacked! His main skill also has a decent chance of controlling the enemy. If all three attacks land on the same target, they’ll be in for a world of pain. 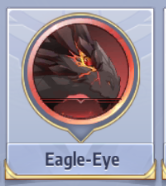 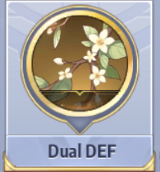 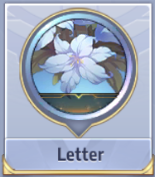 Special Cosmo: Iris (increases the entire team’s SPD by 10) or Decelerator (Attacks reduce the target’s SPD by 20 for 2 rounds). 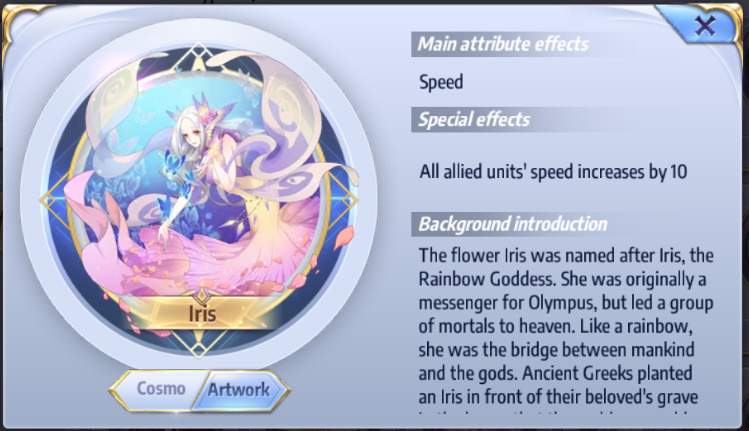 As his main skill doesn’t deal reliable damage to one Saint, Algol isn’t that dependent on SPD. His skills are passive and cannot be manually triggered, which is why he needs more survivability and Skill Res. For Special Cosmo, you can choose either Iris, support build, to boost the SPD of your teammates, or Decelerator to break the enemy’s attack rhythm.

Algol’s passives are great versus AoE attacks and makes them hold back, and Chameleon June is great at dealing with single-target damage dealers. The June + Marin combo consumes a lot of energy in the beginning, which is why the low-energy damage combo of Luna and Milo is there. This is a fairly well-rounded lineup with attack, defense and healing. It can stand against most types of lineups.

Algol is very strong against AoE as his 32% chance to passively petrify others is quite high. But his damage is rather low for a support. In PvP, you can choose to kill his damage dealers with single target attacks, or you can control him.