A Silver Saint sent on orders to kill Seiya. His methods are cruel, and he will do anything to complete his mission. He specializes in mind reading and is able to see through Seiya and Marin’s attacks. However, as he was unable to read Marin’s thought process, she eventually defeated him. 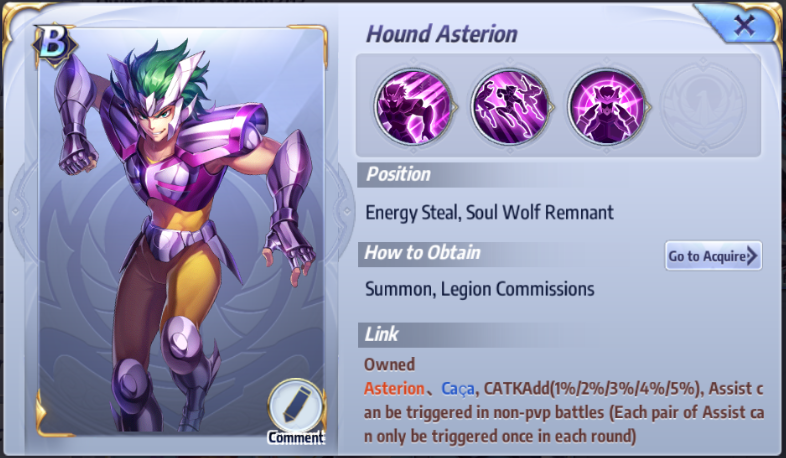 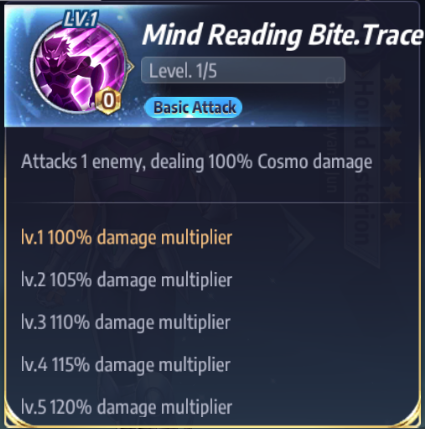 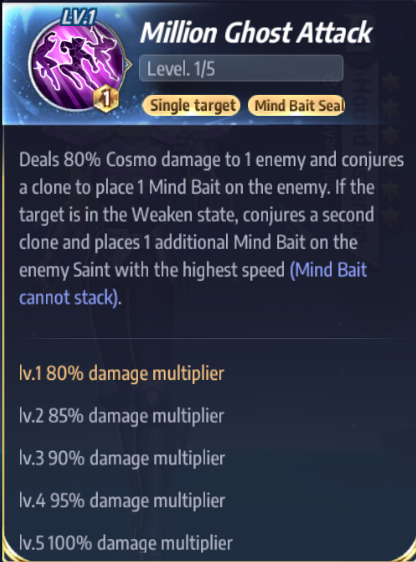 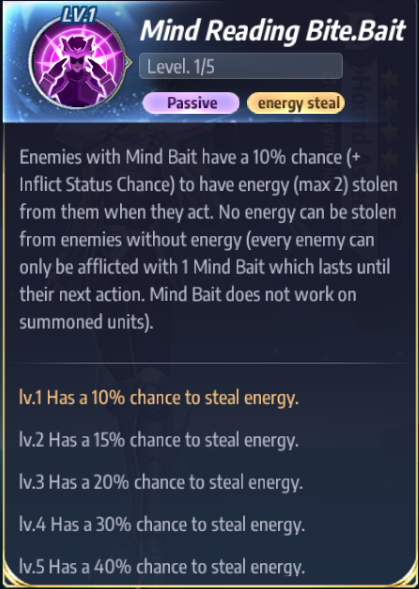 Enemies with Mind Bait will have their Energy stolen (up to 2) during their action (being crowd controlled does not count as action). No Energy will be stolen if the enemy has no Energy (up to 1 Mind Bait can be placed on each enemy, lasting until the next action round of the target. Mind Bait is invalid against summoned units).

Asterion is fairly strong against single-targets, and he generates more energy than Kiki. However, Kiki is also more stable. If you want to get everything out of Asterion, you need a support that can Weaken the enemy, and the only current one with that ability is Seiya. To be honest, Asterion’s use in battle is to apply Mind Bait. When the enemy moves, you will gain 2 energy, and if they are Weakened, the gained energy is multiplied. 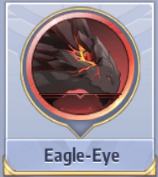 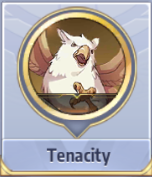 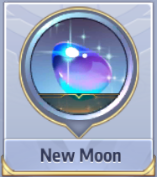 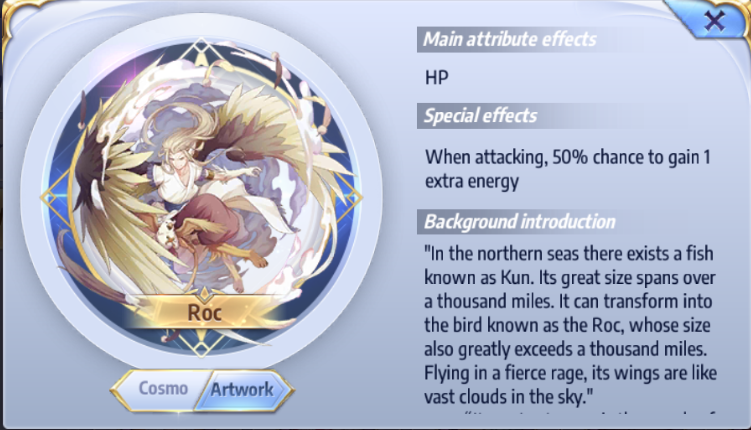 As a support, the red Cosmo should usually increase survivability. Energy generators have fairly high SPD requirements as they need to be quicker than the damage dealers in lineups. That makes New Moon a good choice, and Roc further increases Asterion’s ability to generate energy.

Firstly, Seiya is required to apply Weaken in order to get the most out of Asterion. Seiya’s Weaken is a single-target effect, which is suitable for lineups focusing on single-target damage. Which is why the following four Saints are chosen with that in mind, for example: Scorpio Milo, Sextants Luna, Taurus Aldebaran, Crane Yuzuriha.

For PvP: Firstly, it is important to know the base SPD of most Saints. And with New Moon, Asterion should act second. You can choose attack an enemy with basic attacks to get four initial energy, which is enough for quite a few skills. On round two, choose to attack a target with Weaken. Of course, the lineup isn’t limited to the Saints in the picture, but it is important to understand how Asterion’s energy regeneration functions. Asterion is an energy generator who requires some manner of thinking, whereas Kiki does not. As he absorbs energy when the enemy takes their turn, there is a trick one can use. Attack a target affected by Mind Bait who has already taken their action, and on the second round, you attack a target affected by Mind Bait that has not yet acted. That way you’ll get 8 energy on round two, which makes it easy to dish out high burst damage.

As an energy generator, he shouldn’t usually be focused down. And if possible, you can use Decelerator to break his energy absorption stride, making him incapable of absorbing energy, or you can just choose Saints that aren’t reliant on energy.