She is a soft, gentle and outgoing young Saint who enjoys music. She is a friend and partner that can be relied on in times of crisis. 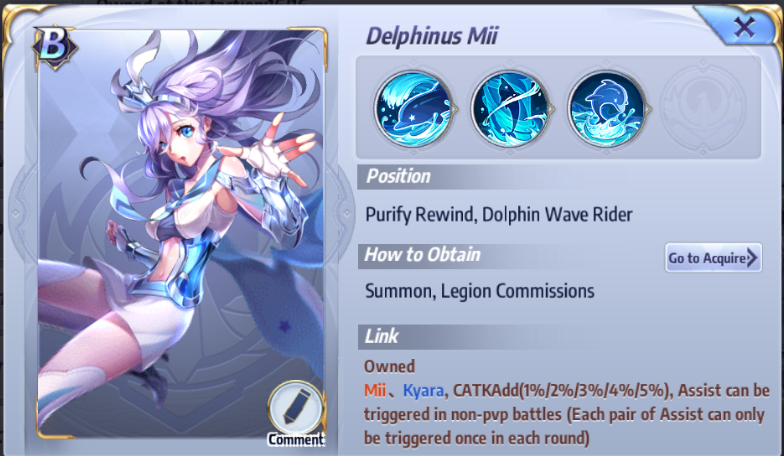 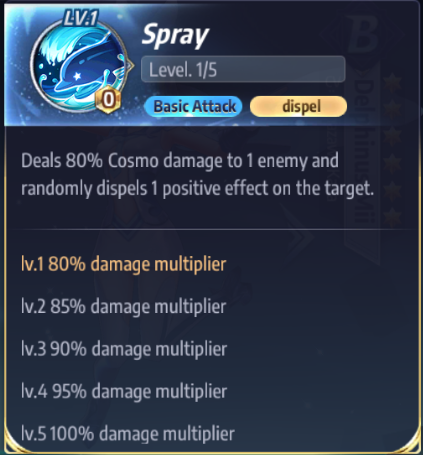 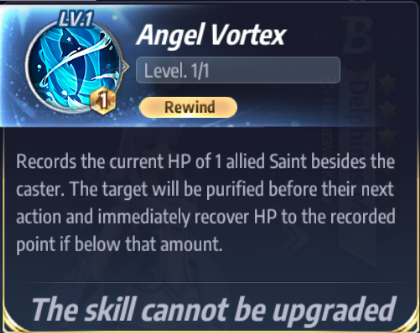 This remembers the HP of a friendly Saint. The target will be purified when taking its next action, and if their HP is lower than what she remembered, its HP will return to that value. 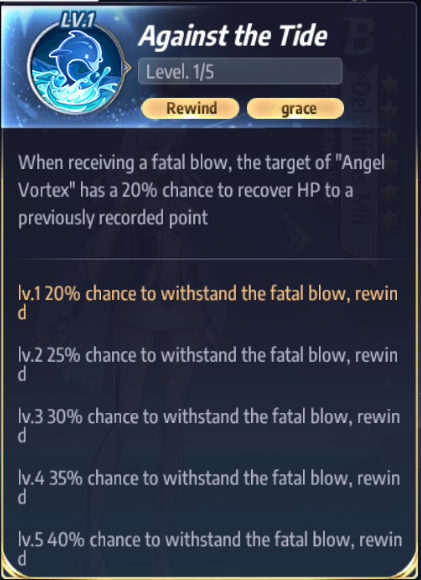 Delphinus Mii's skills are extremely powerful. Her ability to reverse time heals as well as purifies most status effects. It is worth noting that stuns can be purified as well. She can be used as a half-healer and half-support. Couple her with another healer to keep the whole team at fairly high HP and protect your core characters with her ability to purify. There are no restrictions on how to use her and you can choose targets freely. 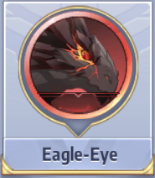 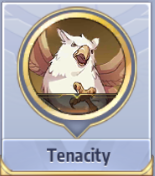 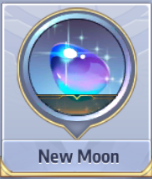 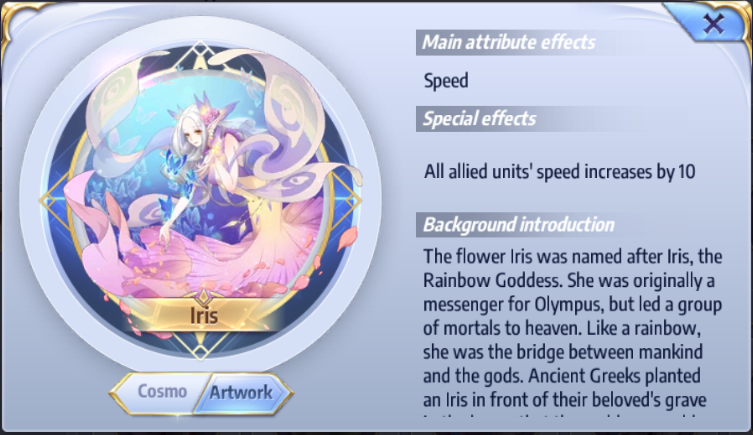 As Mii is very dependent on SPD, her Cosmos are mainly defensive. Tenacity makes her harder to take down for single-target attackers. New Moon guarantees her SPD. To further increase the team's SPD, Iris is chosen.

Mii isn't all that dependent on SPD and position. Generally speaking, it is better to place her in front of the main damage dealers. Of course, you can always choose to go with less SPD if you are low on resources, and instead aim to increase her survivability with Cosmo. Mii needs to collaborate with another healer to ensure that she gets healed as well, and needs to have rather good survivability when facing crowd control-focused lineups. Mii's ability to purify is powerful, but a purifier must be able to survive, which makes her Cosmo requirements rather high. Mii fits in most lineups. She fits in damage dealing teams, crowd control teams as well as an anti-CC tank teams.

In regard to PVP strategy, Mii protects your team's core characters, like your main or damage dealer. It is important to note that Mii herself must be very careful and avoid getting crowd controlled by the enemy, otherwise all her time reversals will be for naught. Compared to Saori, she needs to stack more survivability so that she can continue to purify and heal.

In a team in which Mii is the only healer and anti-CC, she is an easy target to focus down. Mii requires good survivability, so to stand her ground, she requires the help of other defensive and healing skills. Pay attention to her peculiar healing ability. The enemy team won't be able to fully restore their HP, so they'll go down gradually. If Mii is paired with another healer/support to protect the team, then it's a different story. Mii has rather high attribute requirements. So decide how to counter her depending on her attributes.