In the Saint Seiya: Knights of the Zodiac (Tencent) mobile game, Deathmask, the Gold Saint of Cancer, has the ability to control the undead. He gains power by manipulating the dead, and can perform multiple moves in a short period of time by absorbing the power of the netherworld. This is a balanced character that can attack as well as heal. The only downside being the need for dead Saints to be sacrificed. 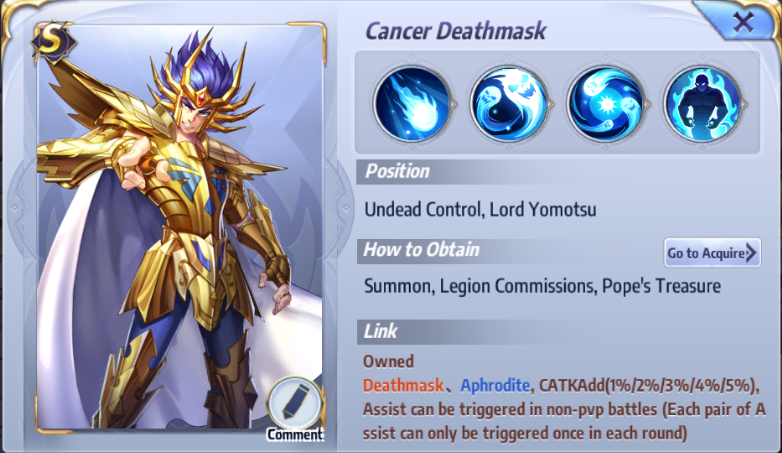 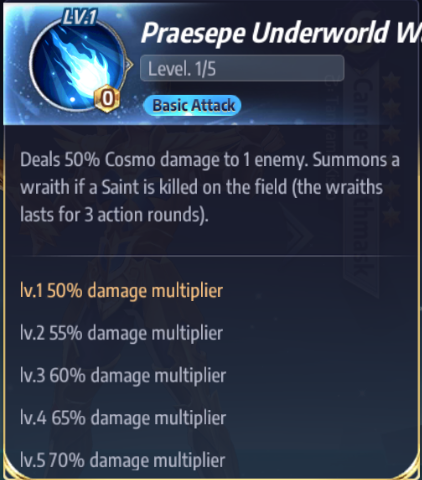 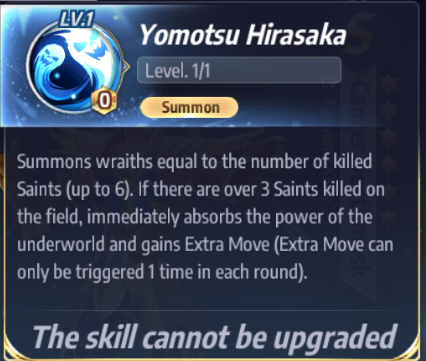 Summon ghosts equal to the number of fallen Saints (up to 6). If 4 or more Saints have fallen, you absorb power from the netherworld and gain 1 Extra Move (can only be triggered once per turn). 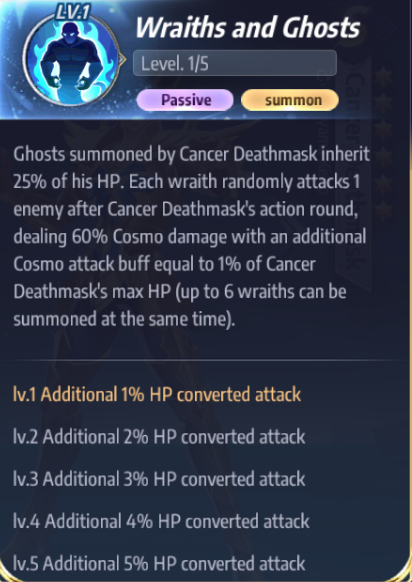 The ghosts summoned by Deathmask inherit 25% of his HP. Each ghost attacks a random target when Deathmask takes an action. Each ghost deals 60% C.DMG, with an additional 1% (2%/3%/4%/5%) C.ATK (up to 6 ghosts can be summoned at one time).

Cancer's Golden Saint Deathmask is a hero that becomes more powerful as the battle wages on. He turtles through the early stages, but once enough Saints have died, he can deal incredible burst damage as well as heal. His shortcomings is his reliance on ghosts to function well, as well as his expensive skills. 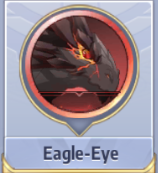 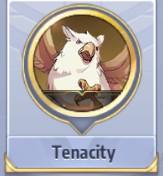 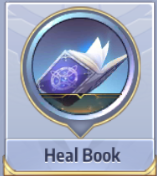 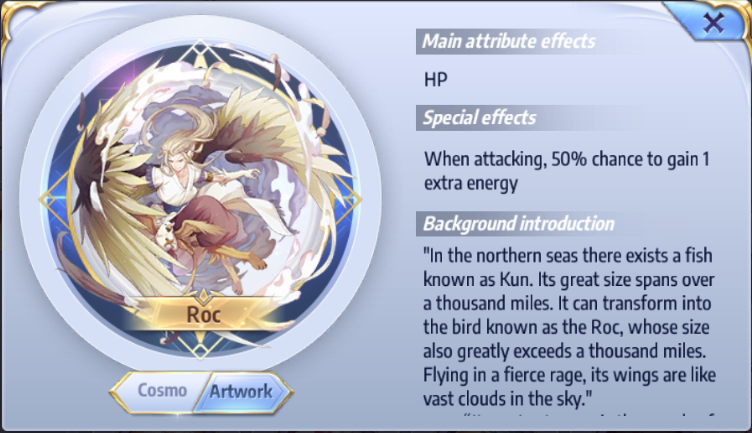 Eagle Eye is chosen for the Red Cosmo as the Eagle Eye combination grants a 5% HP bonus. Tenacity and Book of Healing improves his Skill Res. Avoid having your extra chances go to waste due to controls. The main attribute of Roc is HP, and the Energy it provides is a good supplement to Deathmask who has the ability to act multiple times in one round with high-cost skills.

First of all, the distribution of energy needs to be carefully considered with Deathmask in your lineup. He almost doesn't need any energy during the early rounds, but starts to consume a lot more later on in the fight. The following lineup is good and has reasonable energy usage, albeit a bit luxurious with 3 Gold Saints. With the synergy of Milo and Luna, they only need 1 energy to deal single-target burst damage. Advantages: 1. Low energy consumption. 2. Strong single-target damage which supplies Deathmask with quick ghosts. Aphrodite as a damager dealer for later rounds makes perfect use of the extra early energy generated when Deathmask cannot unleash his skills. Aphrodite and Deathmask also pair well in PvE content.

This lineup uses Milo to quickly kill vulnerable enemy targets, laying the foundation for Deathmask's ghosts. In the early stages, because Katya and Luna only requires 2 energy, Aphrodite can make full use of the rest. Once you have enough ghosts, Deathmask is capable of crushing the enemy.

Deathmask's shortcomings are pretty obvious. Firstly, he barely contributes during the early stages. Secondly, he also requires a lot of energy and 4 Saints must have died for him to act twice in a round. Judging by these two weakness, you can ignore him and concentrate on their main damage dealers for a while. Once more than 2 Saints have died is when you should start worrying about him. Try to deal with him quickly so that he cannot turn the tables.