Geki is a utility Saint in the anime, and he was defeated by Seiya in the Galaxian Wars. In the Saint Seiya: Knights of the Zodiac’s (Tencent) mobile game, Geki is a B-class Saint and is very easy to use. He is a stun-control Saint, and his chance to stun can be increased. He excels at breaking the enemy’s stride. 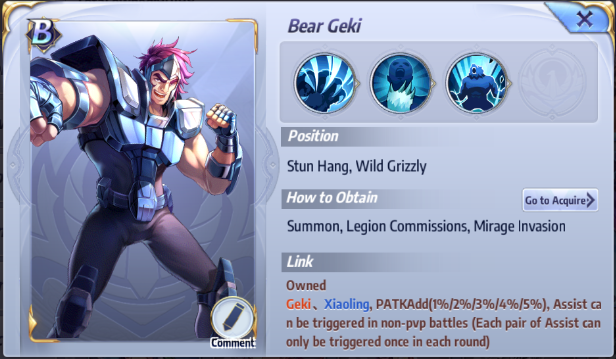 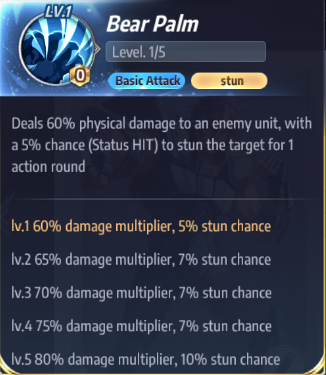 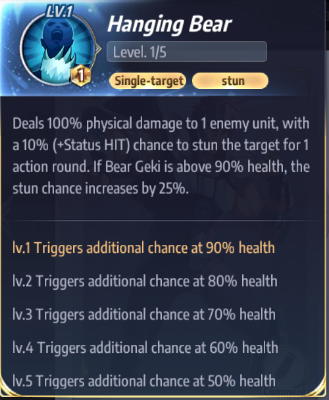 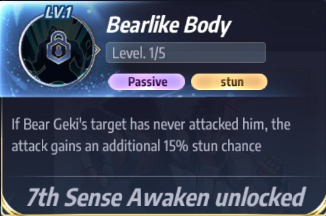 Geki is a single-target control support. His chance to stun changes due to several factors, and you have to pay attention to his HP and whether he has been attacked by that enemy before. Which is why Geki usually does not prioritize attacking AoE Saints. As without extra chance to stun, it is a lowly 10%. Geki’s intended role is clear, and that is for him to control enemy supports. For example key support Saints like June, Marin and Kiki are not very likely to attack Geki with their basic attacks. However, if they do attack him, that’s fine, there’ll always be another target which meets his criterion. And having a support waste a round just to attack Geki is worthwhile in itself. Now let’s take a look at Hanging Bear when you meet all of its criteria: In a 1v1 battle, the skill has a 10% + 15% + 15% (from his passive) = 40% chance to stun. Of course, this requires Geki to have enough HP to trigger his passive. Under normal circumstances, his chance to stun is fairly low, but we can increase his Inflict Status Chance with Cosmo. This greatly increases his chance to stun, which makes him pretty good versus Saints with low Skill Res. 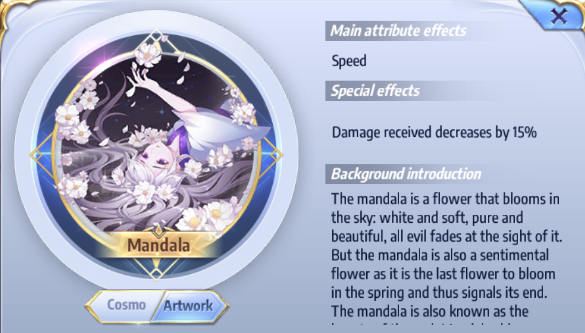 Geki has an initial SPD of 192, so there’s not much use in trying to get him to act quickly. Spend resources on him to increase his Inflict Status Chance, thereby making it easier for him to stun enemies. If you manage to increase Geki’s chance to stun, he is sometimes capable of chain stunning an enemy.

Why Mii works well with him:

Geki is a single-target control, and he has increased chance to stun targets that have not attacked him. Enemy AoE attackers make for bad targets, so you can also use Geki to control the enemy’s energy generators, thereby reducing the number of skills they can unleash. Then you can use two low-cost damage dealers and pair them with Yuzuriha, and there you have a basic strategy.

When it comes to PvP, use Geki’s control to enable Aiolia use his burst damage, and then use the June and Marin healing combo to last longer. During later rounds when you have more energy, Aphrodite will be able to deal high damage.