Shaka was born in India, and is the most powerful Saint protecting the Goddess Athena. He is also the Virgo Gold Saint, and guardian to the sixth of the twelve temples. “Heavens above and Earth below, I am superior!” Rumored to be the reincarnation of Buddha, and can talk with the Gods. People refer to him as “The Man Closest to Godhood.” 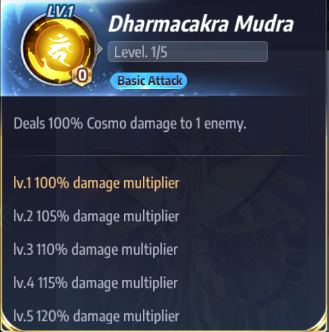 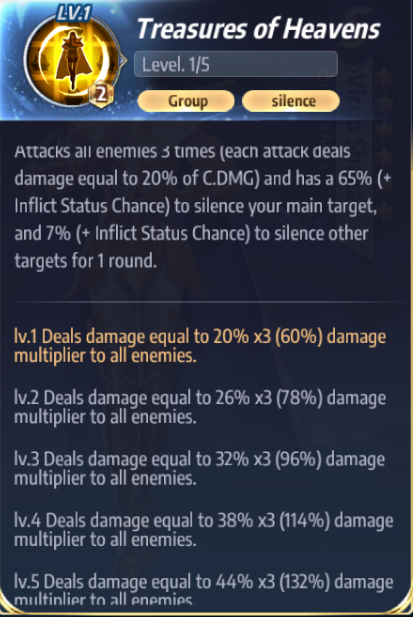 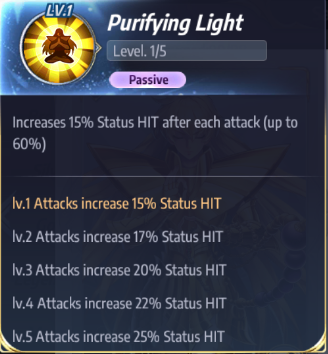 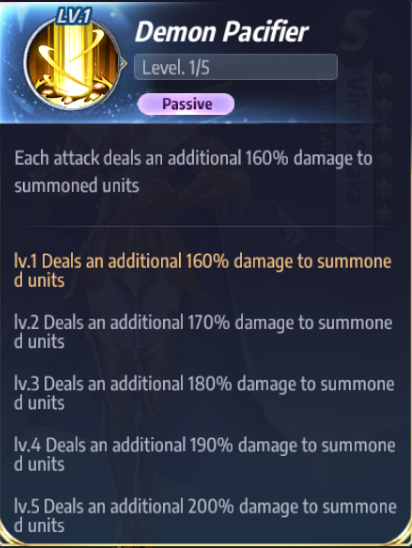 Shaka is a control Saint capable of silencing his targets (rendering them unable to use skills). His chance to trigger Silence is somewhat low, but as his skill launches three attacks, he often succeeds in applying it. His passive also enables his attacks to increase his Inflict Status Chance, making him more potent in later rounds and suitable for lengthy battles. During later rounds when more energy is available, he works wonders against high-cost Saints, rendering them unable to capitalize on their strengths. His passive also grants him additional damage versus summoned units.

Shaka is a control and support Saint. His skill damage multipliers are rather low, but his multiple attacks make it easy to trigger certain Cosmo effects. There aren’t many good Red Cosmo to choose from, but Thought Control increases his C.DEF, making him tougher to kill with AoE attacks. Control skills and passives are often very potent in turn-based games, making True Damage a solid choice. Shaka doesn’t have very high innate chance to control, and he needs extra Inflict Status Chance to really shine. Players who enjoy RNG can disregard that and use New Moon for more SPD. 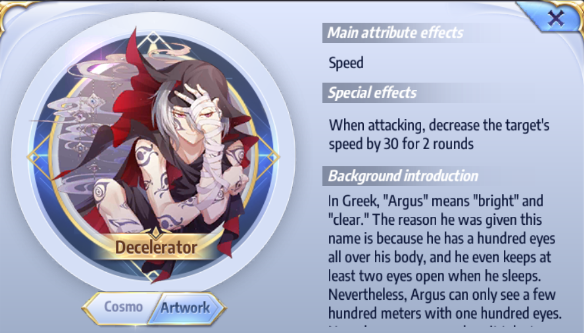 Utilizes Shaka’s AoE attacks to reduce the SPD of the enemy team.

Shaka isn’t strong in the early rounds as he needs to stack up his Inflict Status Chance with his passive by attacking. Which is why a lineup with him in it, has to be capable of lasting through the early rounds, and that’s where the June + Marin combo comes in. After Shaka stacks up some Inflict Status Chance, his triple AoE attack has a very high chance to Silence the enemy team, forcing them to rely on basic attacks. And if you’re forced to use basic attacks to deal with June’s vines, you’re in for a rough climb. Shaka’s damage is on the lower side of the spectrum, but his control makes it easier for Aiolia to deal damage. As Shaka's controls aren’t always reliable, it might be good to add Shun as a support for the last spot.

Shaka is usually a support + control Saint in battle, so whenever you are up against him, you’d probably do better to focus your damage on other targets. If his team lacks the damage, then his controls won’t be of much use, even during the later rounds of the battle. Anyway, most of the times Shaka shouldn’t be your first target. If the enemy team has healer combos such as June and Marin, then you might want to control these and deal with their damage dealers first. Recommended kill order for lineups with Shaka in them: Damage > June > Healer > Shaka > Other Supports.