He is a Silver Saint and part of the three-man squad with Capella and Algol that was sent to capture Athena. His special weapon is rumored to have defeated Cerberus, the guardian hound of hell, yet he lost against a similar weapon wielded by Shun. 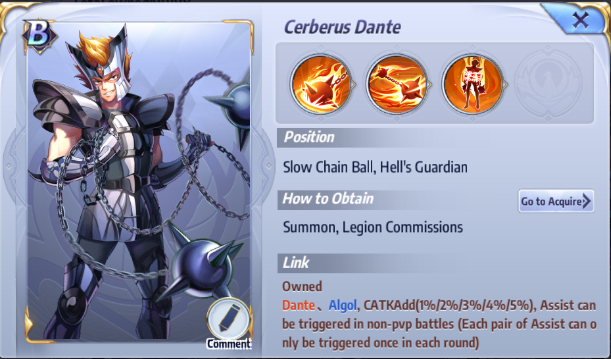 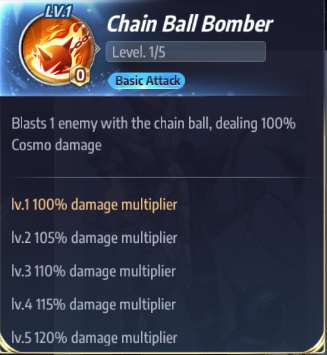 Tip: Dante’s main skill. Its damage multiplier is better than nothing, but its real power comes from the AoE slow. 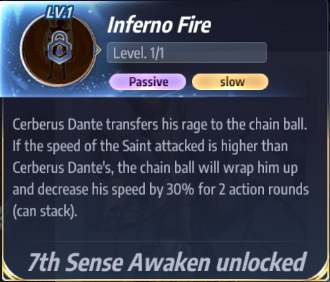 Dante transfers his fury into his chain ball. If the opponent has higher SPD than him, the iron ball will chain them, reducing their SPD by 30% for two rounds (this effect stacks). 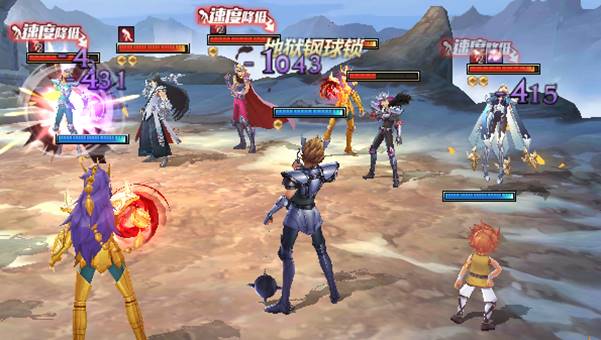 SPD is king in PvP as the team acting first has the upper hand. Dante’s skills make him a Saint that has to be used correctly to be useful. His main purpose is to rearrange the action order for Saints.

Dante’s initial SPD of 224 makes it very difficult for him to act first, so you might consider having him act last in your lineup. Other than his main target, his chain ball attacks targets at random, so there’s a chance for him to hit one target twice. Which makes him very potent against lineups which rely heavily on their action order to shine.

His red, yellow and blue Cosmo are mainly used to grant him survivability and SPD, while the Decelerator further increases his ability to slow.

Due to Dante’s skills, the following combos are recommended:

1. Cerberus Dante + Sextants Luna: Your opponents will think themselves the ancestors of turtles... Works best if Dante's and Luna’s SPD are roughly equal.

Cerberus Dante + Crane Yuzuriha: Couple his 1-cost skill with Yuzuriha and you get both damage and slow in one.

PvP: During the first turn Luna blesses Dante, thereby reducing the enemy team's SPD. Then Aldebaran uses his Great Horn. During the second round, the enemy team’s SPD should be roughly halved, and Aldebaran can one-shot one of them. If the enemy still has Saints capable of acting first, you should think about your defenses. If Aldebaran or Dante gets focused down, you’re not in a good position. Yuzuriha is very useful for dealing extra damage. The Cultist is there to deal with 1-cost energy teams during the first few rounds, for example Ikki’s Burn.

Dante is an extremely annoying opponent. As a support, his damage isn’t all that great, so Black Cultist can be used to control him. You can also choose to quickly focus him down, but of course, you have to choose wisely which target to finish off first. In my personal experience, if the enemy team doesn’t have one-shot Saints like Aiolos and Aldebaran, focusing on Dante is a good choice. After all, neither Dante's defenses nor HP is particularly high.