In the Saint Seiya: Knights of the Zodiac (Tencent) mobile game, Taurus Aldebaran is a tank/attacker. He has high single-target damage and is capable of reducing damage taken. Simply put, he is your typical melee character. 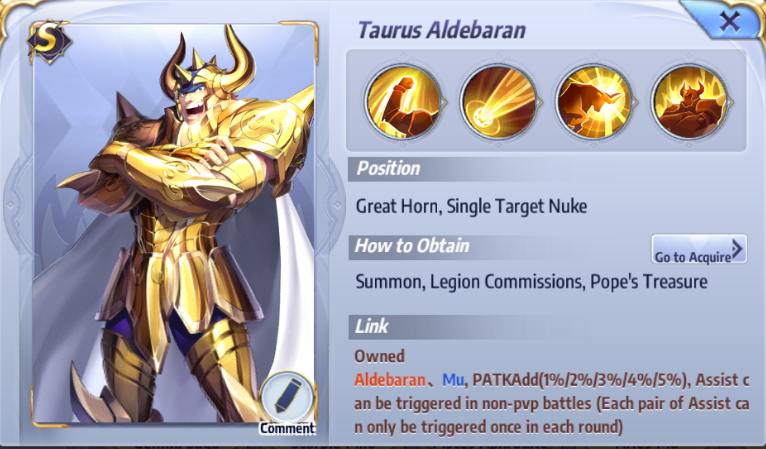 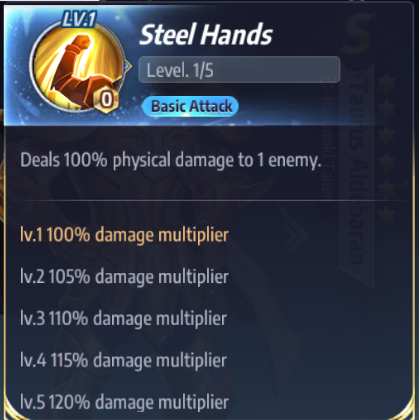 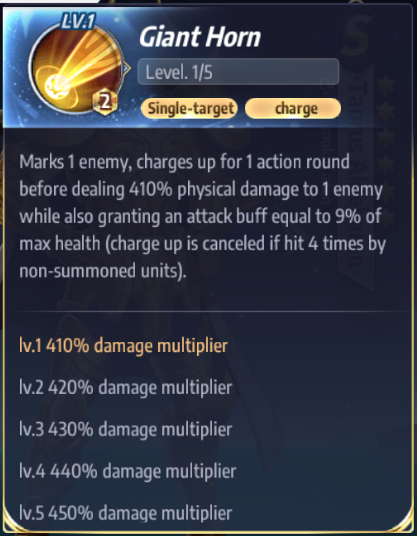 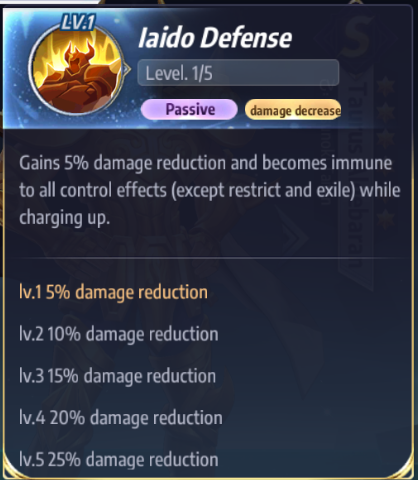 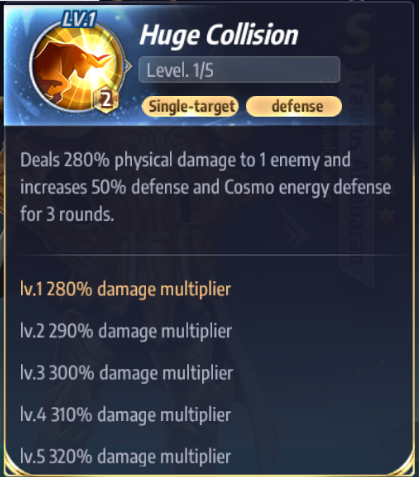 Aldebaran has two single-target attack skills and their damage multipliers are very high. But his attribute allocation is more tank focused. His real damage skill is Great Horn, which often requires the aid of supports to use properly. Or he can be used to last hit enemies when you have enough energy. As Great Horn requires one round to charge up, Aldebaran pairs very well with Luna, as she makes him capable of unleashing his Great Horn in one round. 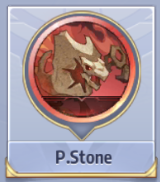 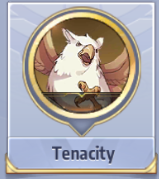 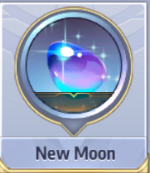 Special Cosmo: Chain of Hephaestus (deals an extra 40% damage against targets with more than 70% HP) 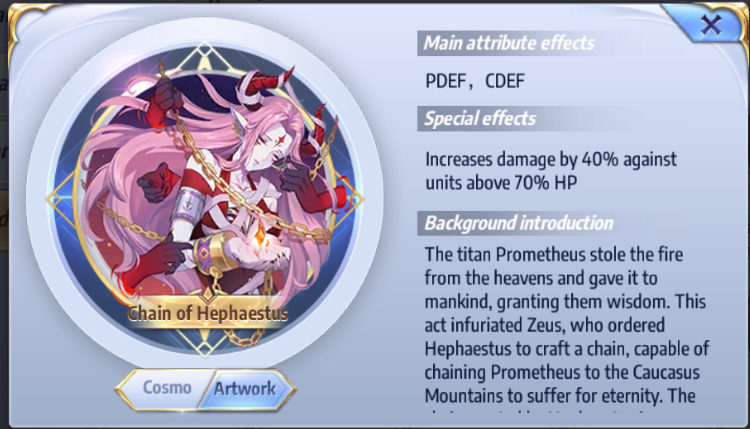 Coupling Chain of Hephaestus with a high damage single-target attacker makes for some nasty burst damage. Aldebaran is somewhat tank-oriented and his HP can be converted into attack. He has a base SPD of 280 and in a lineup with Luna, you can increase his SPD as much as you can. There is a HP bonus in PvP, so Aldebaran deals very high damage even without crit.

Aldebaran is often paired up with Luna as his main damage skill takes one round to charge up. The recommended lineup is rather versatile, but it does require three S-class Saints. Anyway, as long as Aldebaran and Luna remain in the lineup, all other slots can be switched out to other suitable Saints depending on your resources and requirements.

The main strategy is to max out Luna’s and Aldebaran’s SPD, and then instakill enemies. Saori should also have high SPD. The best strategy here is to for Saori to have the most SPD, that way she can dispel controls on Luna or Aldebaran. Luna should have the second most SPD and Aldebaran the least; all three should also be as close in SPD as possible. This makes it difficult for the enemy to interrupt the combo. After Aldebaran begins instakilling enemies, Deathmask can use this to his advantage to summon his ghosts. Even if Aldebaran gets focused down, Deathmask will most likely be strong enough to finish of the remaining enemies. For healer we picked Marin as she is great at keeping everyone at high health, making it more difficult for the enemy to one-shot your Saints.

There are two main ways of countering Aldebaran, the first is to quickly take Luna down. After which, if he charges up his Great Horn, you only have to attack him three times to interrupt it. The second way is to kill him before he uses his Great Horn. If he buffs himself with 50% extra P.DEF and C.DEF, he'll become an unbreakable bastion.