Under Camus' tutelage, Isaak outshone his fellow student Hyoga. In order to save him, Isaak sacrificed himself and sank to the bottom of the ocean, only to be saved by the will of Poseidon. He is currently the protector of the Pillar of the Arctic Ocean. He has a cold exterior and a solid sense of justice. 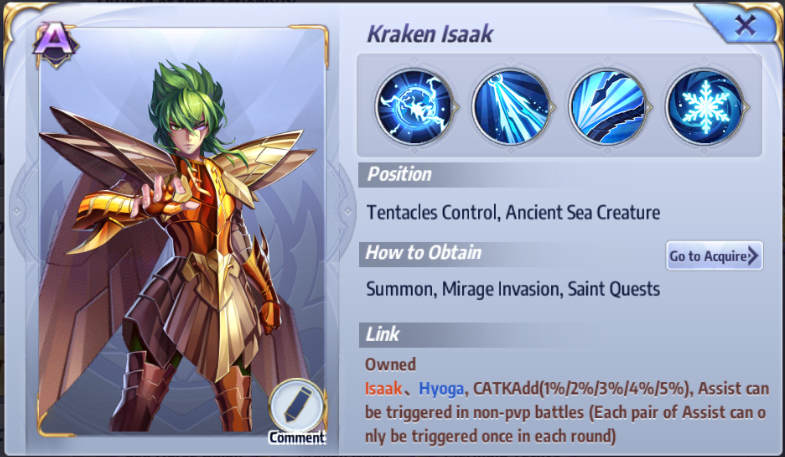 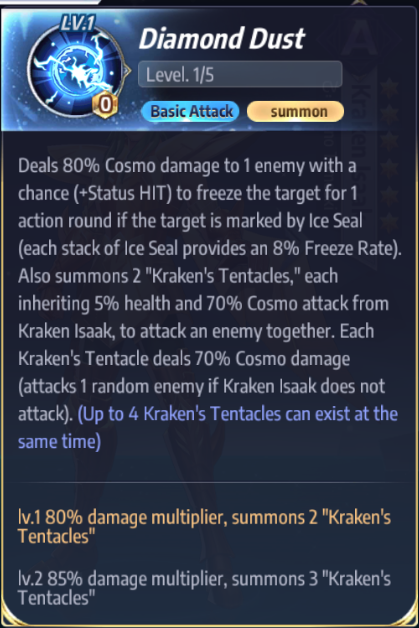 Deals 80% C.DMG to 1 enemy and summons two "Kraken's Tentacles", each inheriting 5% of Isaak's HP and 70% of his C.ATK. Both attack the same target as Isaak (if Isaak does not attack this round, then they attack a random target). Up to 4 Kraken's Tentacles can exist at any one time. 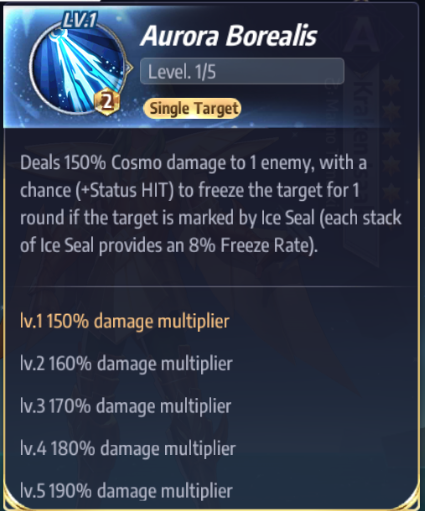 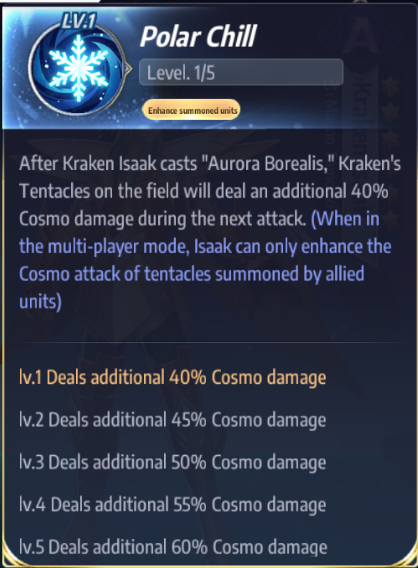 After Isaak uses "Aurora Borealis", the Kraken's Tentacles on the battlefield deal an additional 40% C.DMG on their next attack (when teamed with other players, only tentacles summoned by your own party are affected). 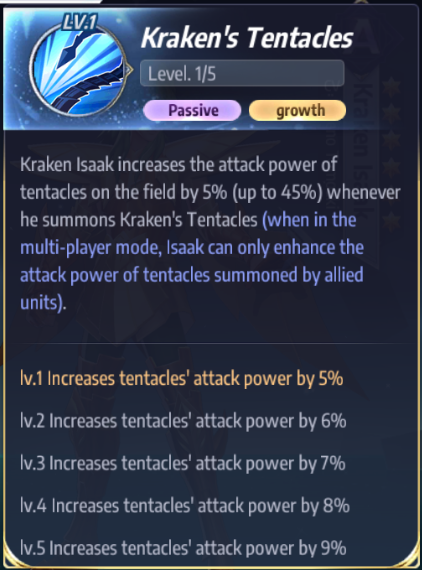 Whenever Isaak summons Kraken's Tentacles, the attack of tentacles currently on the battlefield is increased by 5% up to a maximum of 45% (when teamed with other players, only tentacles summoned by your own party are affected).

Isaak, as a Saint of Poseidon, has inherited the Marina's ability to summon the Kraken. His advantage is that his basic attack summons tentacles. The downside being that his summoned units have low HP. He will need to summon multiple tentacles to buff them. 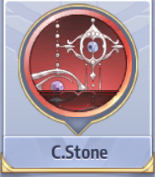 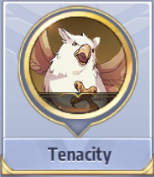 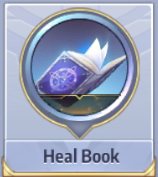 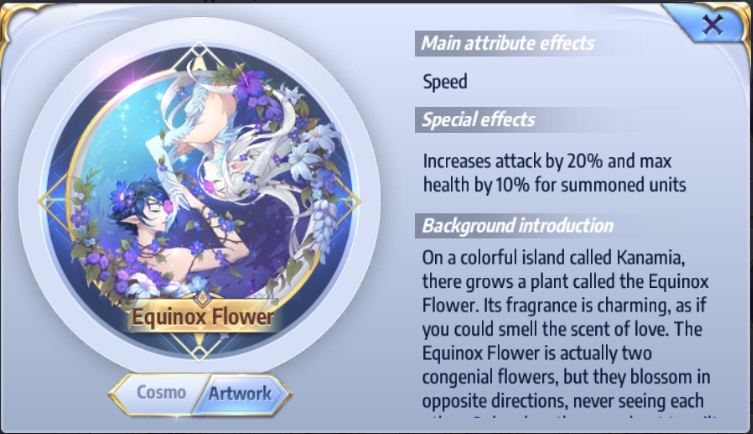 Being a summoner-type Saint, he relies heavily on his trusted aides. Isaak has to be able to withstand attacks in order to contribute. Thus, it is recommended to use Cosmos which increase his survivability.

Equinox Flower is a unique Cosmo specifically made for summoners.

A Marina lineup focuses on single-target burst damage coupled with crowd control. Try to summon as many units as possible in the early stages of battle to disrupt the enemy, and make use of Siren's AoE crowd control during later rounds to wipe out your enemy.