In the Saint Seiya: Knights of the Zodiac’s (Tencent) mobile game, Nachi appears as a support Saint and is obtained during the beginner quests. He is a very strong support and is capable of dealing with all PvP situations before late game. 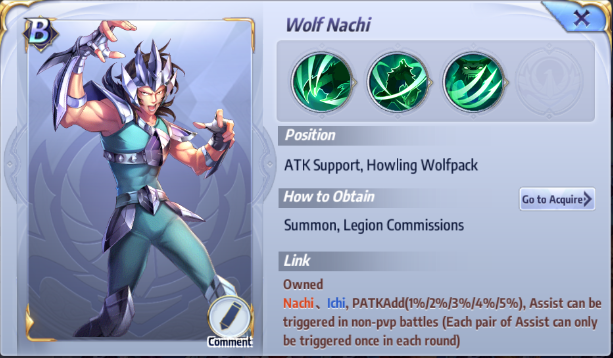 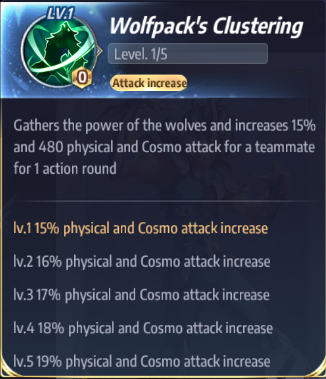 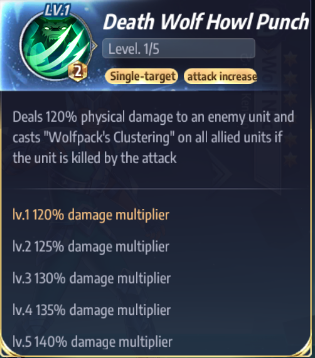 Nachi’s damage buffs increase the damage of both physical and cosmic attacks, which gives you a lot of room to play with. So as long as you have damage dealers in your team, then Nachi is a viable team member. 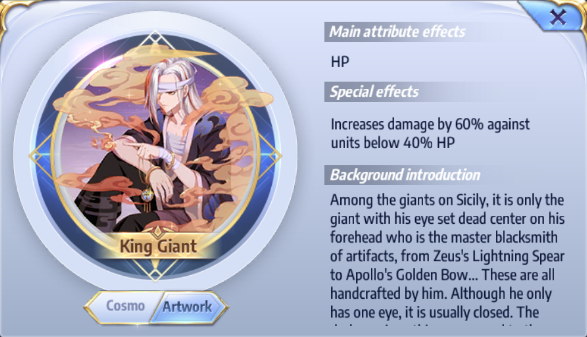 Nachi is a support, and the red Cosmo Fire Drop grants him 10% HP. The yellow one Dual Defense increases both his P.DEF and his C.DEF, which makes it easier for him to survive AoE attacks, and makes him less likely to be focused on by the enemy. His base SPD is enough for a support, which is why we use Staunch. Its main attribute is Crit and is not very valuable, but its set attributes contains 10% HP. The crit also makes it easier for him to kill off low HP enemies. Choosing King Giant as the Special Cosmo is to increase his ability to kill off low HP enemies.

All of the above are easy to acquire which makes this a good starting lineup. This lineup was also created with future lineups in mind, and it has almost everything apart from control. It has two damage dealers (single-target & AoE), as well as four supports. It is capable of dealing with most situations, and when upgrading your lineup, it is easy to just switch out one character for another one of the same type.

Normally you shouldn’t need to focus Nachi, all you have to do is defeat the units he is supporting. Even if you cannot kill them quickly, you can begin by controlling the main damage dealers, and leaving Nachi for last.