Titan Temple mainly drops Cosmo. You get better more and quality Cosmo when challenging higher floors. You need to clear it on solo while also completing the three challenges in order to unlock the next floor and activate the Startrail function for that floor. When challenging it in a party, every player will get rewards equal to their highest floor cleared. 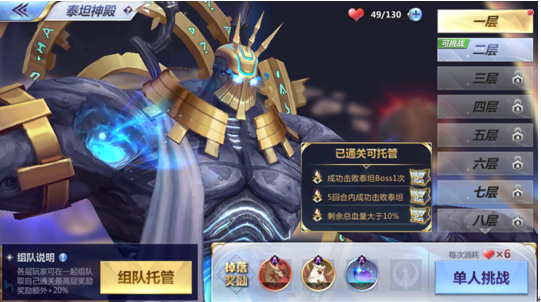 Tap the Campaign button in the bottom right corner and then Titan Temple to enter. 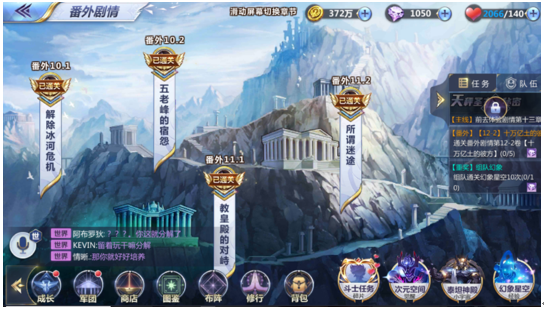 You can challenge it in a party of 1 to 3 players. The difficulty is decided by the party’s average battle strength. The battle is easier in a party and you get 20% more drops. There’s also a chance to trigger the Easter Egg Battle. The captain also has a chance for extra rewards.

Whether you challenge in a party or solo, your side can consist of 6 Saints. 4 Energy will be available during the 1st and 2nd rounds, 6 energy on the 3rd and 4th rounds, and 8 energy for all subsequent rounds. There is a limit of 20 rounds for the battle, after which you lose.

Every battle costs 6 Stamina. You can continue challenging the instance in a party even if you do not have enough Stamina, but you won’t get any drops even though you will still get Hearts. There is a limit to the number of Hearts you can receive per day, after which none more will be gained on that day. Dimensional Space mainly drops Cosmo. 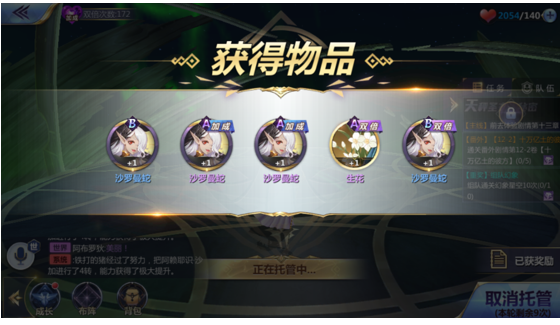 During battle, you have a chance to trigger the Inferno Cerberus battle. It costs more Stamina, but the rewards really are worth it. 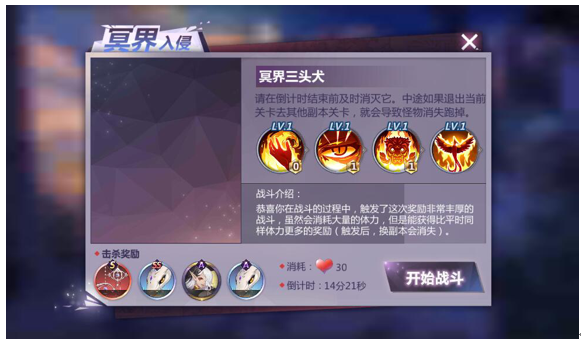