Milo is called the “Strongest man of the Gold Saints”, as well as the man who “can match any Gold Saint in battle.” Even among the Gold Saints he is said to have godlike speed.

He excels at weakening the enemy’s P.DEF making him deal more and more damage when attacking one target. After Milo has attacked someone 3 times, their end has been sealed. 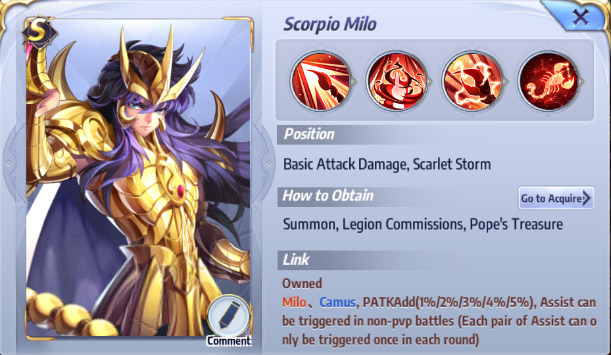 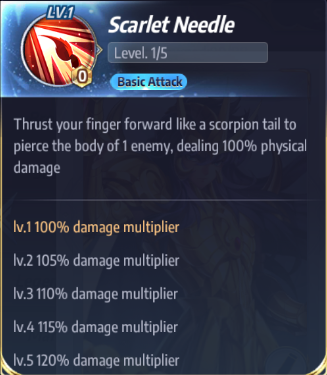 Tip: Milo does not attack directly after using this skill, instead when using his basic attack during the following round, he'll have a chance to launch multiple attacks, dealing huge damage to one target. 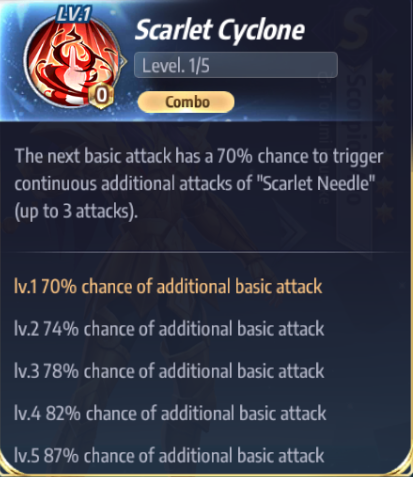 Tip: Couple this skill with physical damage dealers to deal huge amounts of damage to the enemy’s core Saints. This makes it possible to instakill an enemy even during the early stages of the game. 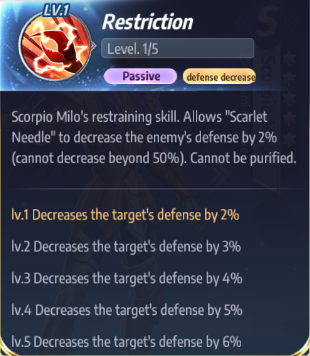 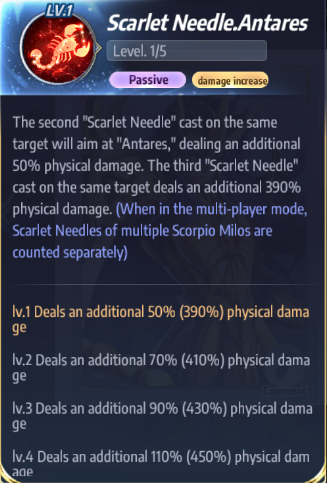 Tip: After awakening his Seventh Sense Milo becomes infinitely much stronger. This Gold Saint’s huge single-target damage is a wonder to behold. Keep in mind that Scarlet Needle counters work individually for each enemy Saint, and the counter restarts after every third hit. Which is why it is best to attack one target three times before switching your attacks to another one.

Milo’s awakening skill is what makes and breaks him. If you choose to train him, then your first action should be to awaken him. His main damage comes from multiple attacks. If Lady Luck shines on you, you might even launch three consecutive attacks one-shotting an enemy. If she turns her back on you, you'll have to wait for new rounds to ramp up your attacks. Of course, as his damage is very high, he comes with low defense and low HP, which can be remedied somewhat with Cosmo. If you are up against Milo, then do your best to control and focus him down, so as to avoid taking damage from his Crimson Needle combo attacks.

Tenacity increases Milo’s survivability making him last longer. Fire Drop makes his already fearsome damage even more so, with his every needle packing a mean punch. New Moon increases his synergy with Luna.

Special Cosmo: Chain of Hephaestus (deals an extra 40% damage against targets with more than 70% HP): 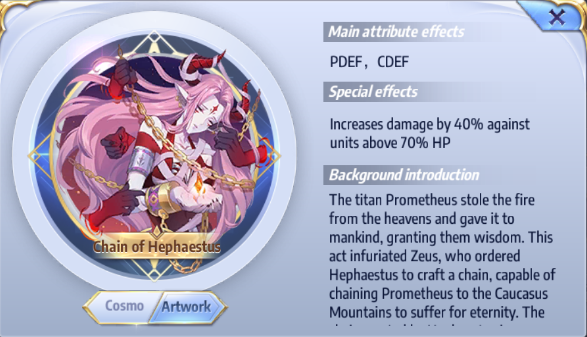 This Cosmo is the icing on the cake, taking Milo’s top notch damage to the next level. A Scarlet Needle used after a crit is 9 times out of 10 a proclamation of death for the target.

Milo’s skills don’t cost any energy whatsoever. His main debuff skill Restriction reduces the enemy’s P.DEF, which makes him good for a variety of lineups. He might also finish you off when you least expect it.

Milo has the ability to consistently deal increasingly lethal damage to a single target. Not many targets can withstand his three continuous strikes. When combined with Sextans’s blessing, Milo is capable of dealing massive damage.

4. Milo launches a series of attacks upon a single target.

Never let Milo use three Scarlet Needles on one of your Saints. If you’re up against him, try your best to control him. It is recommended to control him with either Camus or Shun. Milo is rather fragile, which means that if he cannot finish off an enemy during the second round, he might be in for a rough ride. Thus, we can counter him with P.DEF-type Saints. Shiryu with his Dragon Shield, or Mu with Crystal Wall can protect your core members, allowing you to withstand his attacks and perhaps kill Milo.