Is hailed as the ‘Reincarnation of a God’. He has the ability to crush the galaxy, manipulate dimensions, control the mind and rid you off your five senses. 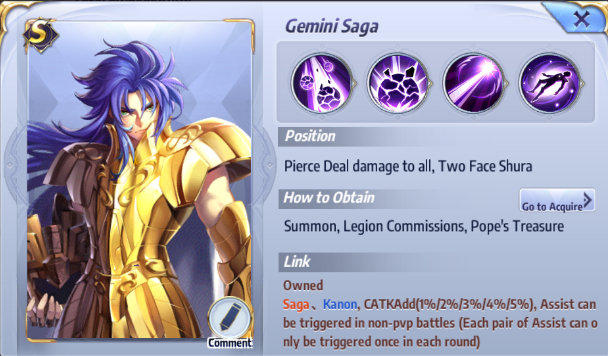 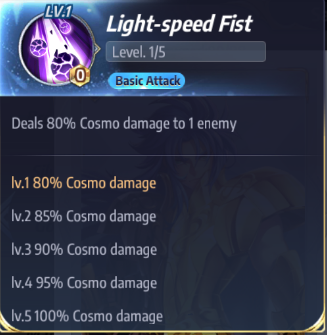 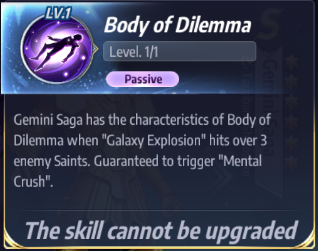 Tip: It costs 3 energy, but it is capable of dealing massive damage to the entire enemy team. Saga is extremely potent in instances and other PvE modes. 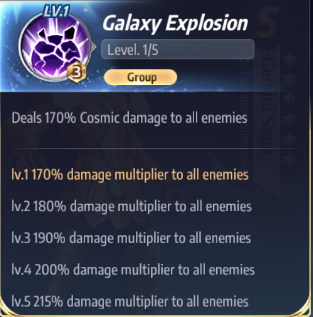 Tip: Increasing Saga’s C.Pierce is tantamount to increasing his C.DMG. It is recommended to level up his passive skill first. 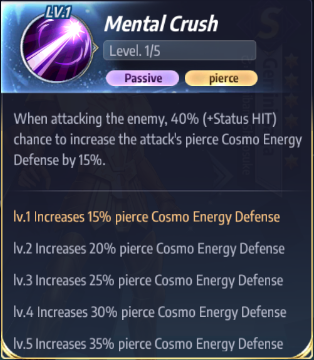 Saga is a high-cost damage dealer, which is why a lineup with him in it should always have a few support-type Saints like Kiki who are capable of generating energy. Saga is a Saint worthy of training. His high AoE damage dealt by Galaxy Explosion makes the Campaign very smooth and painless. It is recommended to raise him to 5-Star.

Due to him being a Cosmic-type Saint, both C.ATK and C.DMG are vital for Saga. Tenacity increases his ability to survive when focused by the enemy. Book of Healing grants C.ATK which further raises his damage.

Special Cosmo: Chain of Hephaestus (deals an extra 40% damage against targets with more than 70% HP):

Highly recommended for pushing forward in the Campaign as it makes Saga capable of killing a wave of enemies with one skill. 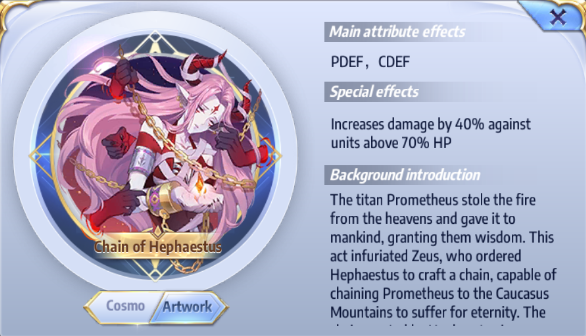 Dragon Shiryu is a support damage dealer focusing on stacking buffs. For healing, the 0-cost combo of Cassios and Crow Jamian enables you to leave all energy to Saga. Coupling Saga with Nachi for the damage buffs is also a good choice.

Saga deals burst damage, but is weak against crowd control. An effective counter is to disable him immediately. Also because his AoE damage relies heavily on energy, there are other less direct ways of countering him. Saga is powerful, but he’s very much possible to beat with the right lineup.

Ursa Minor Xiaoling: When her Mini Fist of the North Star inflicts a critical hit the enemy loses 1 energy. And after every attack there is a certain chance they will lose 1 energy. By depriving the enemy team of their energy, Saga will be forced to use basic attacks.

Lizard Misty: Being attacked or using skills will give you and allies a Wind Shield, which reflect damage back at attackers. It is not particularly friendly toward AoE-type Saints.

Perseus Algol: The enemy who kills Algol will be Petrified for 2 rounds. His active skills are also capable of petrifying enemies.