In the Saint Seiya: Knights of the Zodiac’s (Tencent) mobile game, Pisces Aphrodite is called Aphro by Saint Seiya fans. His skills are all passive and he is very much capable of turning the tables. 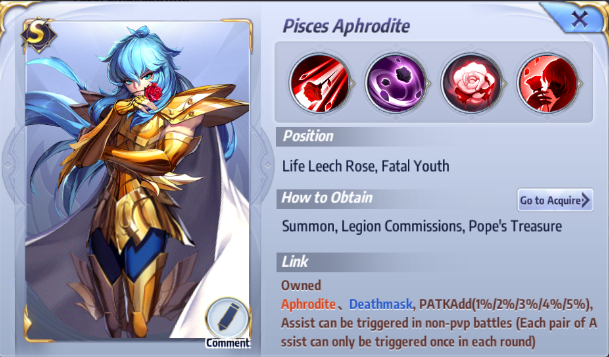 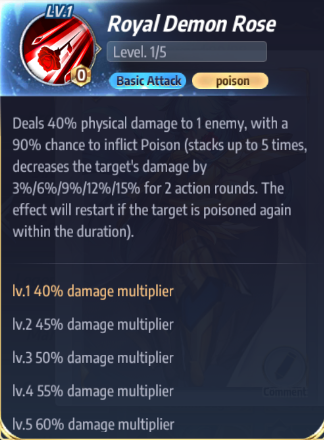 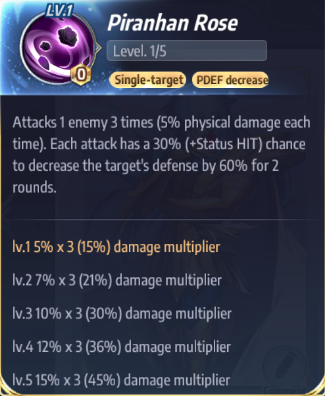 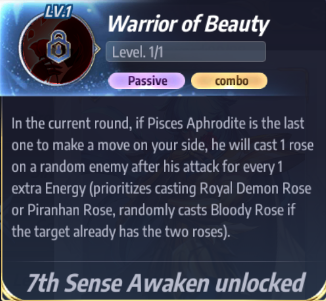 If Aphrodite is the last Saint to act in a round, he will release a rose at a random enemy for each remaining point of energy. Uses Royal Demon Rose and Piranha Rose first. If the target is already affected by both of these, then he will cast a random Bloody Rose. 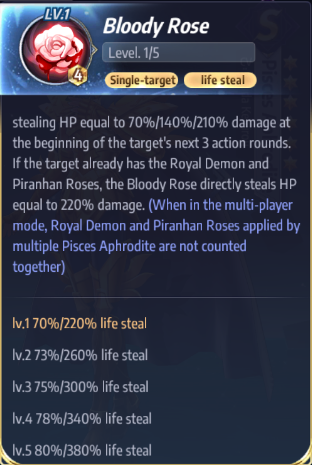 Due to Aphrodite's unique skill set and his innate low SPD of 209, he is very reliant on his passives to deal AoE damage. His passives enable him to trigger the 4-cost Bloody Rose at no cost. On paper it seems as if Aphrodite is a non-energy reliant Saint, but it's rather the opposite, as his ability to deal damage is greatly diminished without abundant energy. If he survives until the final rounds of a battle, he is truly a force to be reckoned with. 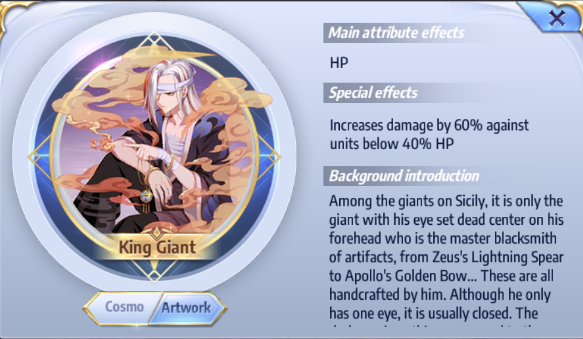 Aphrodite is capable of dishing out extreme damage, and as he is required to act last for him to really shine, coupling him with the Special Cosmo ‘King Giant’ makes him even better at finishing enemy Saints. The King Giant’s main attribute is also P.ATK, which enhances his damage further.

Aphrodite is a burst-type Saint who acts late in rounds, but also requires a certain amount of energy to be useful. That’s why we’ve chosen a combo for him which buffs his damage and doesn’t spend energy. This lineup should mainly be used when dealing with instances.

When you encounter Aphrodite, you have two options, the first of which is to burst down his energy generator, for example Kiki, as these are generally weak due to players spending resources on other Saints first. Your second option is to focus on him and burst him down. If he is allowed to survive until round three, then you'll be the first to know just how much burst damage Aphrodite is capable of dishing out.