Silver Saint Crow Jamian possesses the ability to control crows, which he used to take Saori captive. Luckily, Seiya catches up to him, but is unfortunately struck by Jamian’s Black Wing Shaft. Seiya burns his Cosmo and breaks free from Jamian’s ultimate skill. 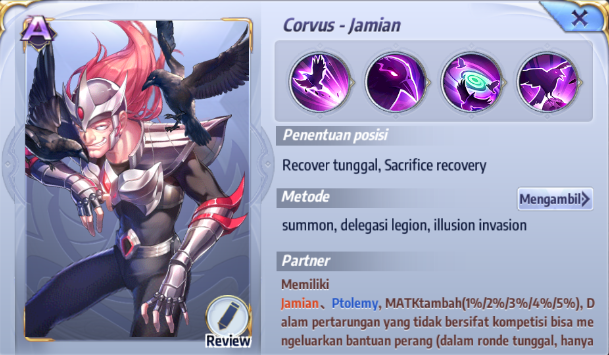 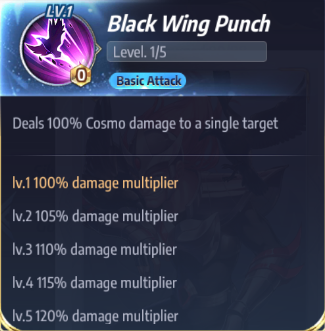 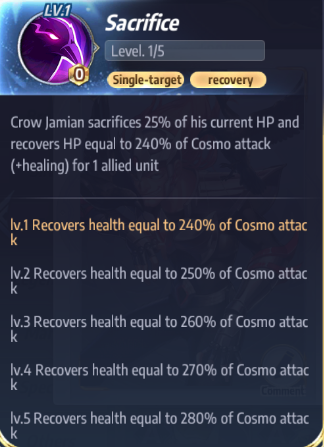 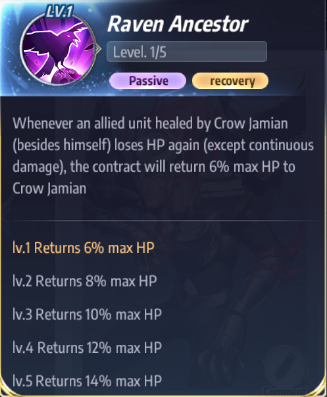 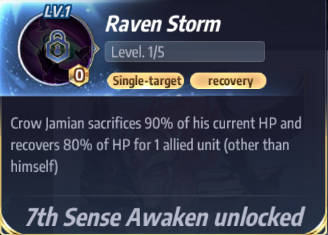 Jamian is a healing-type Saint. His heals do not cost energy and his single-target healing is astonishingly good. His main weakness is the lack of AoE heals, and that he has to sacrifice his own HP. Using Jamian requires a fair bit of strategizing, and he is very reliant on your Saint setup. He'll be very useful if you manage to chain his skills with others.

Thought Control should be chosen because Jamian is a single-target healer. As his skills consume HP and his heals are dependent on his C.ATK, he requires high defense and C.ATK. Tenacity is taken to make him harder to one-shot, as there are many physical single-target damage dealers. Book of Healing increases his healing capabilities, making him a greater force on the battlefield. 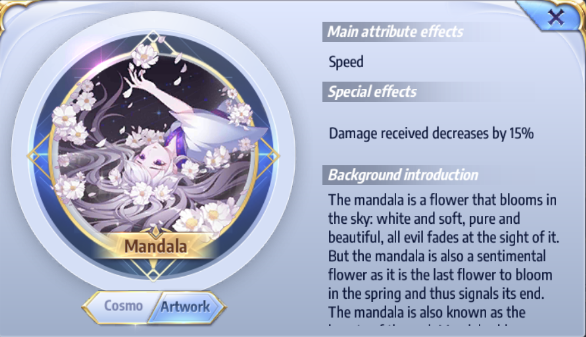 Jamian and Cassios have extremely good synergy together. Cassios forces the enemy to attack him, while Jamian quickly heals him up. Luna and Milo work well together to deal damage. As they’re both Saints that don't require a lot of energy, Luna can also help increase Jamian’s healing. They do not need someone to generate energy, and in the later rounds when energy is more abundant, Aphrodite is there to use it all.

When facing Jamian, your best bet is to control him, and then quickly burst down the enemy damage dealers. If that’s not an option, try to avoid using AoE skills.